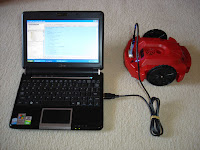 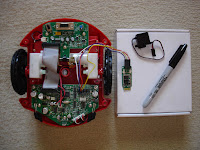 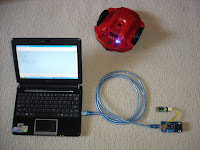 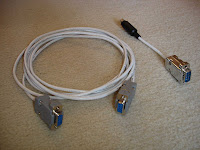 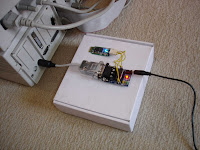 Thank you for sharing your efforts to create an Apple II controlled robot. Which version of Logo are you using? I might have some code or documentation to help you.

Awesome Project!
I have also work with Logo and I have made a Logo turtle http://3lyk-patras.ach.sch.gr/rlteg.htm
I have also to s2 scribbler robot and I face the same challenge with you. I want to transform my s2 to Logo turlte robot.
some videos with my HomeMade Logo Turtle:
http://www.youtube.com/user/NGYT40#p/u/32/chr-YYby-zQ
http://www.youtube.com/user/NGYT40#p/u/31/gco6j2Sj6EM

and with my s2
http://www.youtube.com/user/NGYT40#p/u/6/Gla8wdXphxY

Congratulations for your project!!!