The idea of this project is not to take the Compact Flash (CF) outside of the Apple II case but instead place a USB CF Reader inside it. UFIC is an alternate solution to the problem of accessing a CF card (or IDE/ATA hard drive) which is positioned internally in an Apple II computer.

UFIC is an adapter which plugs in between the Microdrive IDE controller and the IDE/ATA to CF Board. It consists of two IDE/ATA plugs, a type B USB plug, a USB to ATA/ATAPI bridge and a switch.

The operation of the adapter is very simple. When the Apple II computer is turned off, the adapter allows a USB connected PC to access the CF card (or hard drive). When powered on, the system bypasses the USB to ATA/ATAPI bridge and functions like it did without the adapter.

Note: You still need a utitlity on the PC side such as CiderPress (http://www.faddensoft.com/) to access the data on the CF card (or hard drive).

Note: This adapter is specifically build for the Microdrive IDE controller. The same principle could be used for other IDE controllers like the CFFA and the Focus Drive. The only difference being different connectors ie CFFA would need 5 volts from the controller card instead of pin 20 and the Focus Drive would need 44pin plugs. A USB CF Reader could be used instead of the USB to ATA/ATAPI bridge to give the same result.

Sure, in most cases one game controller (joystick) will pretty well get you by for most games but in my opinion some games are just better played using the hand controllers/paddles (yes, I know, it is hard to believe) while others are just meant to be played using a free floating joystick. The problem with having these options means manually having to swap over the controllers or reconfiguring the joystick modes (free floating verses self centering). After a while this starts to become a pain, especially if you are switching between them regularly.

To find a solution, apart from tracking down the game controllers themselves, all I needed was a 4 way serial switch box and a 9 pin male to 9 pin male cable which I made up. The trackball was easily configured. It just got plugged in on the ADB bus between the keyboard and the mouse.

I am very happy with my solution as I have finally got my game controllers setup the way that I wanted. That is, available at a flick of the switch. 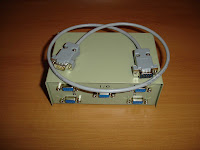 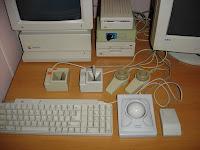 Posted by Lukazi at 7:24 AM No comments: 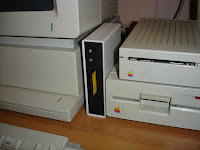 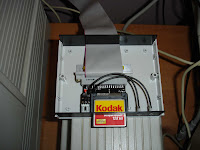 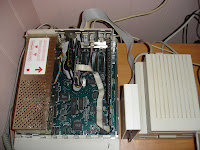 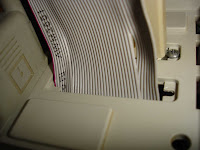 Posted by Lukazi at 8:08 AM No comments:

Cables to Hard Drive and USB Board (44-pin 2.5" IDE Laptop Male to Female Cable 15cm)
Cable was cut in half to form the two cables.
Mittoni - http://www.mittoni.com.au/

Posted by Lukazi at 8:02 AM No comments: 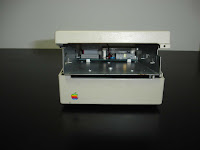 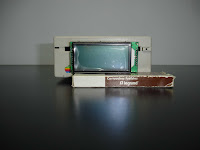 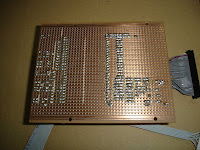 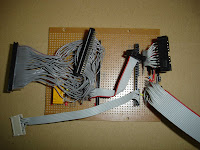 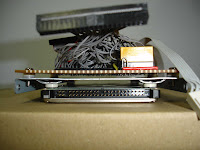 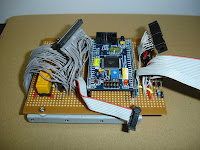 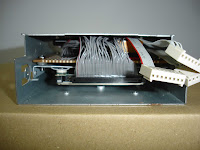 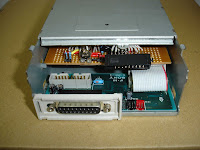 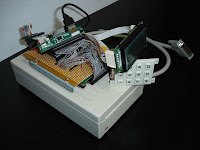